When first introduced to Linux, things that excited me most are virtual desktop and semi transparent terminal. However due to my lack of knowledge on Linux makes me a person who wish that one day these features will be available on Windows.

Fast forward nine years later. Things that makes me eager to learn Linux again was virtual desktop (this time with cube via compositing window manager) and an alternative solution to avoid virus. Now I'm a Linux user at home. For work however, I'm still bond to Windows.

Used to worked in a company that provide me desktop with dual 19" widescreen monitor makes me a happy camper for Windows. Unfortunately, at my current working place I've been given a laptop with 13.3" screen. Struggling for months adjusting my eyes to the small desktop working area.

Desperately looking for virtual desktop solution for Windows (freeware). Came across to VirtualWin and mDesktop. A powerful tools and sufficient enough to do the job. However after using it for couple of months, it felt like I'm back in 90s where 4 boxes act as a deskstop switcher.

I want something similar to modern Linux. Something with animation. Google for best virtual desktop managers and found Dexpot. Finally, a dream come true (though not officially came from Microsoft, but who cares...). Virtual desktop manager for Windows with cube and wall effect as plugins. Not as perfect as Compiz on Linux but I'm happy with it on Windows. 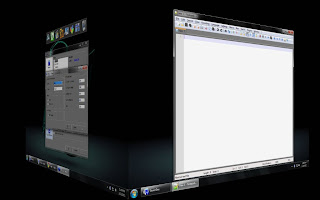 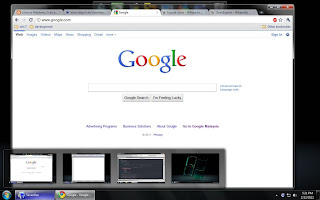 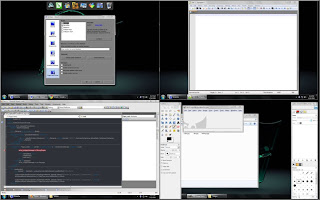 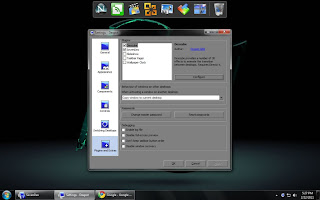 The sheer number of options can be a little overwhelming, but they are all neatly organized in a way that best befits this tool. You can setup shortcuts (but the defaults of Alt-1, Alt-2, etc. are about as fast and convenient as shortcuts get).

Disable Touchpad while typing in Windows 7...

For Ubuntu / Linux Mint there's a built-in function to disable touchpad while typing. Unfortunately this feature is unavailable in Windows 7, after did some googling I've found one great and handy tool called TouchFreeze. Problem solved :)
Posted by dirn at 12:22:00 AM No comments: Links to this post

Email ThisBlogThis!Share to TwitterShare to FacebookShare to Pinterest
Labels: windows

After installing VS 2005 on Windows 7, I got this error message when try to run it for the first time

Tip:
If you are trying to debug web projects, you need to make sure that you go to the Add/Remove Windows Components in Control Panel and install the IIS6 Compatibility with IIS7 option, otherwise you won’t have much luck.

Note:
Tested on Windows 7 Professional 32bit
Posted by dirn at 10:48:00 AM No comments: Links to this post

How to rip an mp3 audio from YouTube video...

Packages required, ffmpeg and libavcodec-extra-52
The easiest way is to run the command below. Note that -ab is an option for audio bitrate
If you prefer GUI, you can use VLC. Below is a step by step screenshots 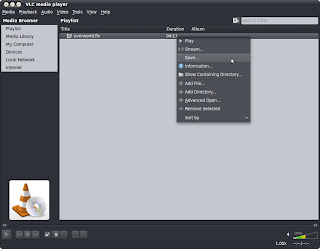 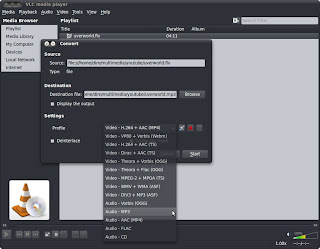 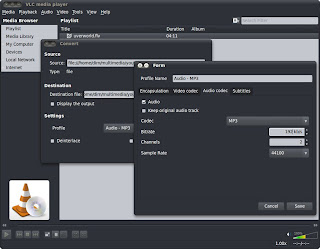 If you want to change audio bitrate, click edit profile button, set bitrate, Save changes and Start the process

How to change Windows 7 logon background image (no regedit)... 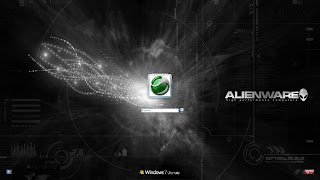 1) Go to Start menu and in the search box type gpedit.msc, then press enter

3) Double click on "Always use custom logon background" and set it to Enabled, then click OK button

5) Create new folder and rename it as Info

6) Create a subfolder for Info and rename it as backgrounds. You should have a structure like below

7) Copy your favorite image file to this folder and rename it as backgroundDefault. Image must be in JPG format and the size should be less than 256 KB.

Package required, youtube-dl
Command to download
If you're getting an error as "ERROR: unable to download video (format may not be available)", get latest version of youtube-dl from github.

Update (13/03/2011)
Found out an easy way. Install video download helper addon for Mozilla Firefox. Works perfectly on both Linux and Windows.
Posted by dirn at 11:26:00 PM 2 comments: Links to this post

A command line to copy a folder while excluding some of it subfolders
rsync (brain mapping to nsync) in Linux robocopy (brain mapping to robocop) in Windows copied from Rizal's blog post.
Posted by dirn at 6:25:00 PM No comments: Links to this post